This facility opened last summer (2019). It is not like other Haichang parks, which emphasize animal captivity and performance. This facility is more of an amusement park with a huge ferris wheel. The dolphins are outside, and so is the sea lion show. People have to walk in the sun from attraction to attraction, and this is not pleasant in the daytime. There are more entertainment attractions and restaurants than animal exhibits so far. The sea lion show was not performed during our visit. Looking into the arena, some macaws could be seen perching on poles on stage, without staff in sight. 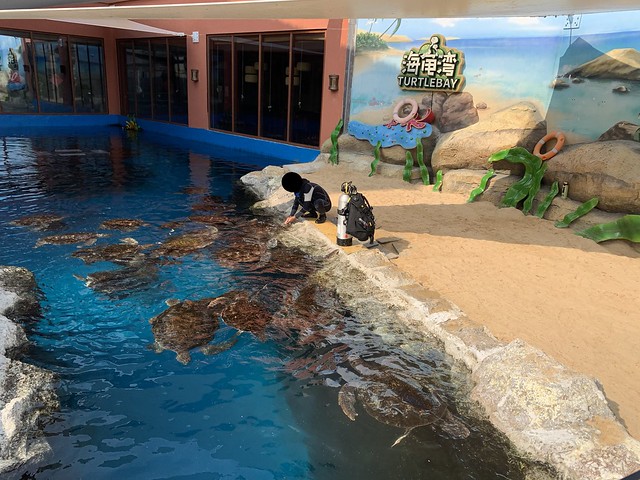 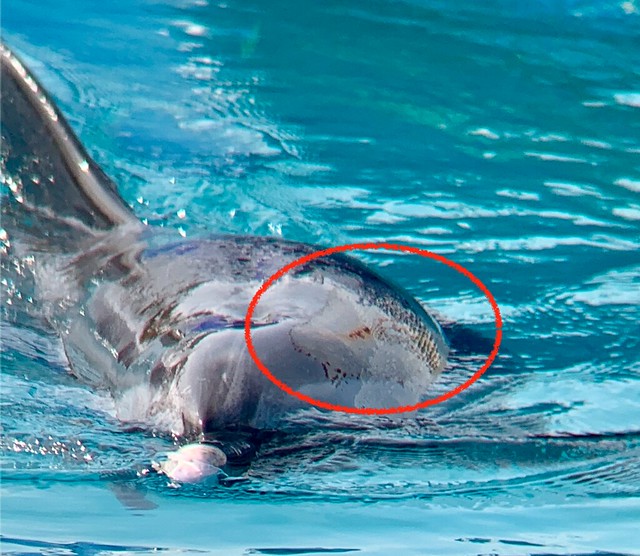 The five spotted dolphins were in a tank, separated by a net into two groups. There was no shade, and the tank had no enrichment at all. No info board was seen. One dolphin had a patch of discolored skin on one side of the head and a round scar on the melon, and an odd reddish circle near the dorsal fin. This dolphin was lethargic compared to the other four dolphins. It was facing the net and logging in the tank during most of our observation. 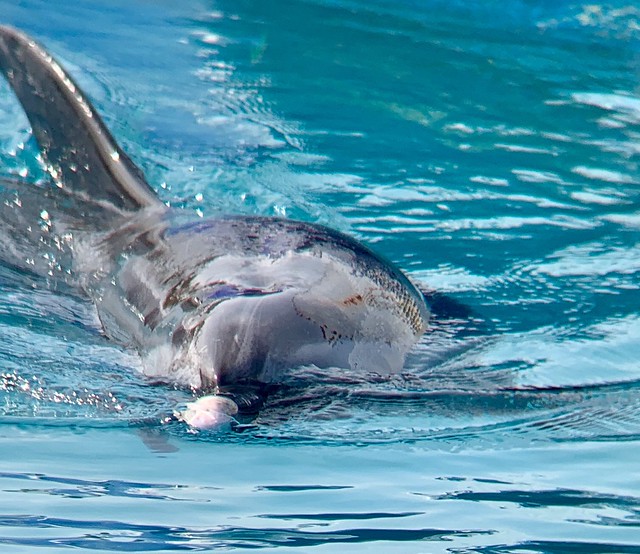 The sea turtle tank holds green sea turtles, hawksbill and loggerhead turtles, and maybe others. They were crowded together in the small tank. Some turtles had white patches on their hind flippers, which looked like skin had scraped off. People can pay 50 RMB to feed the turtles. The info board says that this place is a “national center of sea turtle rescue and conservation” and an “education center”. But CCA could find no website or article about this national center of sea turtle rescue and conservation. 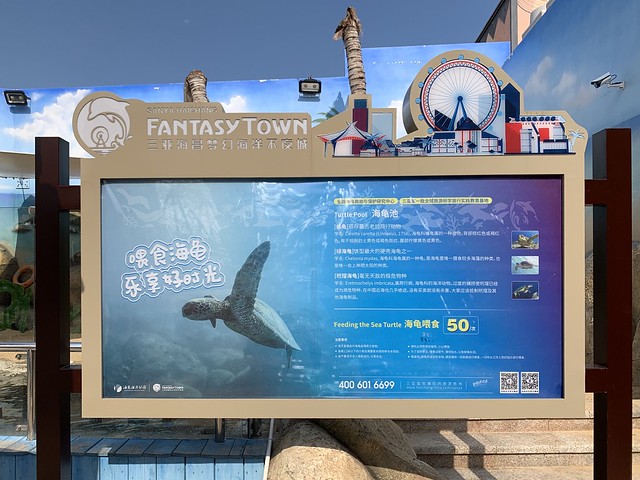